The Staff at Southwest Prophecy Ministries is dedicated to presenting broadcasts and written material to aid Christians in how to live in these end-times. 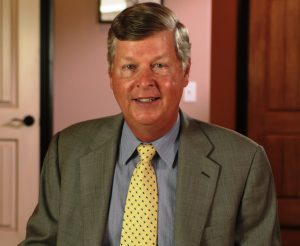 David was born in St. Louis, Missouri in 1952. In 1967, at the age of 14, he was born again by faith in Jesus Christ. Within a month of his salvation, David responded to God’s call to full-time Gospel ministry.

David has been preaching and teaching the Word of God since he was 17 years old. He earned an Associate of Arts degree from Central State College (now known as the University of Central Oklahoma) in 1972, then transferred to Moody Bible Institute in Chicago, where he earned a Bachelor of Arts degree in Pastoral Training, with a minor in New Testament Greek.

After graduating from Moody, David was hired by Noah Hutchings to minister on staff with Southwest Radio Church of the Air. He served at SWRC in the 1970s and 1980s, doing correspondence and editing, as well as writing and broadcasting. From 1979-1983, David also served as the Oklahoma City Director of Child Evangelism Fellowship.

Dr. Schnittger has pastored churches in Maryland, Virginia, Texas, and Indiana as well as serving for six years as an Adjunct Professor at Capital Bible Seminary. After leaving SWRC in 1984, Dr. Schnittger continued writing and broadcasting for SWRC. In 2013, Dr. Schnittger was again hired by Noah Hutchings to resume writing, broadcasting, and counseling.

Over the years, Dr. Schnittger has authored or co-authored ten books for SWRC, as well as scores of articles on doctrinal and current events issues. He has also interviewed dozens of authors, film producers, politicians and patriots.  His articles and sermons have also appeared in Leadership Journal and The Library of Distinctive Sermons and Emphasis on Faith and Living magazine.

Forty years of service as a writer, broadcaster, missionary, pastor, counselor and educator have served as preparation for this new sphere of ministry at the helm of Southwest Prophecy Ministries. Dr. Schnittger is convinced that we are in the last sliver of time before the victorious Rapture of the Church. His burden is to equip end-time Christians for strategic service for Christ, as together we look for Christ’s return and occupy until He comes. In doing so, he continues the legacy of his mentor, Noah Hutchings, who served the Lord faithfully at SWRC from 1951 until his home going in June 2015.

In addition to serving as President of Southwest Prophecy Ministries, Dr. Schnittger serves as an Adjunct Professor at the college and seminary level.  He also teaches the senior adult Sunday School class at Metropolitan Baptist Church.  Dr. Schnittger is ably assisted in ministry by his wife (since 1978) Paula, who is a graduate of Washington Bible College and served as a missionary with Child Evangelism Fellowship for ten years.  They are the grateful parents of Lydia, Ben, and Esther and have three grandchildren.

Paula Schnittger serves as the Southwest Prophecy Ministry bookkeeper and provides technical support for our website.  Paula has over a dozen years experience in website management.  She is a graduate of Washington Bible College and served for 10 years as a missionary with Child Evangelism Fellowship.  She teaches in the AWANA program at Metropolitan Baptist Church.

Southwest Prophecy Ministries is guided by an Advisory Council made up of five Christian patriots that are scattered across America.  These are men who are fundamental in their Christian faith and exemplary in Christian conduct.  Each are married men with children, having the character qualities outlined in Titus 1:6-9.  These are men who are not only committed to the Word of God, but also to the foundational documents of the United States of America:  The Declaration of Independence, The Constitution and The Bill of Rights.