Southwest Prophecy Ministries was born in 2015 out of a concern for the lack of Christian ministries that are focused on end-times Bible prophecy and liberty issues in the United States and around the world. Dr. David Schnittger and his team are committed to alerting Christians to the fulfillment of biblical prophecies both in the Old and New Testaments that herald the imminent Rapture of the church as well as the loss of civil and religious liberties in our own country.

Southwest Prophecy Ministries launched on September 1, 2015 with a simple website and Facebook page. Since that date, the ministry has added an email newsletter, monthly mailings with a special book or DVD offer, and a Twitter page. The ministry reached another milestone with the launch of a Sunday morning radio program on KTLR-AM 890 in Oklahoma City in February 2016. 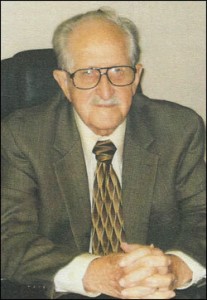 Through the years, Rev. Hutchings helped to keep the ministry on the course Dr. Webber had set, writing and publishing books on end-times Bible prophecy such as Revelation for Today and Daniel the Prophet and expanding the radio ministry from regional states in the South and Midwest to stations across the U.S. He started such features as the Bible in the News magazine, created the ministry’s publishing arm, Bible Belt Publishing, expanded mission efforts into China and Russia, and began the ministry’s annual tours to Israel and the Middle East, a highlight for ministry supporters. Rev. Hutchings also helped to launch the careers of such Christian notables as Theodore Epp, Dr. James Dobson, Grant Jeffrey, Mark Hitchcock, and others.

After graduating from Moody Bible Institute, Dr. Schnittger worked under Rev. Hutchings’ leadership at Southwest Radio Church of the Air during the 1970s and early 1980s, helping with correspondence, writing articles, and assisting Rev. Hutchings with radio programs.

In 2013, Dr. Schnittger was again hired by Noah Hutchings to be his handpicked successor.  After nearly two years on staff, the Lord revealed to Dr. Schnittger an even better plan!  Dr. Schnittger was greatly impacted by Rev. Hutchings’ strong commitment to Bible scholarship, study of end-times Bible prophecy, and to the Christian foundations of our country.